Why is my broadband so slow?

One of the main complaints we often hear from potential customers is about how slow their current broadband providers are. But what can cause the slowness? And what might you be able to do about it? Here’s a few of our thoughts! 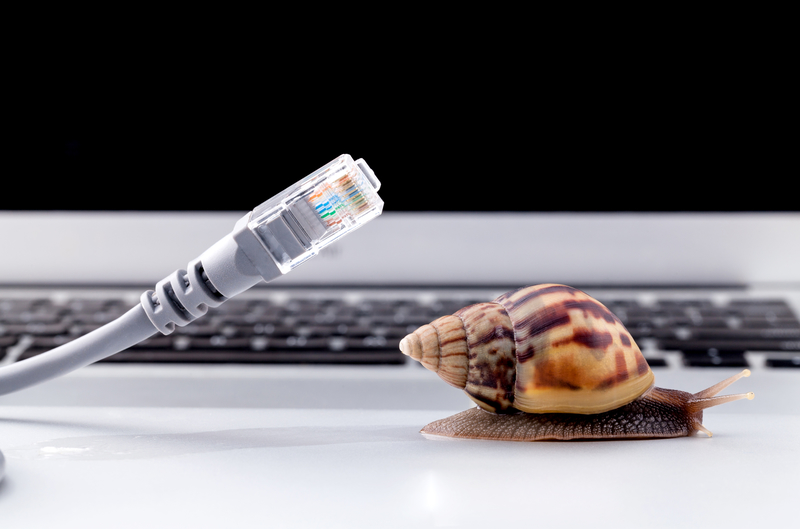 Hi everybody! Zarte here! You’re what? Wondering why I haven’t taken the hint and gone yet? You think I’m a bit slow on the uptake? Hmm.

Well, you know what isn’t slow? Your broadband. Well, let me clarify. It might be slow, but actually, it’s not slow. Confused? Me too. But hopefully you won’t be soon.

You see, the thing is that a lot of people automatically blame their broadband when the Internet appears to be running slowly. Now don’t get me wrong, it can be caused by an issue with that. We’re not trying to claim that it’s never the line or the router’s fault, but there is something else that needs considering, which is that actually, your broadband is probably the same as it has always been. It’s the websites that are different.

I mean if you think about it logically, we all know that across the world in general, broadband speeds are consistently on the rise. Our capacity to deal with large amounts of data quickly has improved immensely, which means that web designers are putting more bells and whistles onto their websites on the understanding that the average user will be able to handle it.

But as with every technological advancement, there’s always those who are left behind. I don’t say that glibly – I’m one of them. Living right out in the sticks, I regularly find my emails would travel quicker if I tied them to a pigeon’s leg. But it’s important to recognise the root cause.

This is why you’ll quite often find that when you check your broadband speed in a fit of pique when something’s taking half an hour to open, actually it registers as giving you the speed you’ve always had, it’s just that that speed isn’t enough to cope with the modern website.

It’s no different to computers really. For sure parts can get tired over time, but as a general rule, your computer will still have a pretty close capability to that which it had when you bought it, several years later. You’re more likely to have slowed it down with the amount of stuff you’ve put on it, but additionally, as you have to add more and more contemporary software with larger requirements to run, the specifications of your computer will be pushed closer to their limit. It’s not that your computer is worse, it’s just that it’s having to support things that it wasn’t originally designed for.

So what’s the solution? Well for a home user, it’s not always that simple to reach one. In many cases, you may already be at the peak capacity for broadband in your area, in which case the only real sensible suggestion is patience – however you should make sure to check your speed on a regular basis, and bother your provider if you’re NOT getting the physical speeds you should be. However if you DID decide to go for an option which wasn’t the best available, then now might be the time to look at getting an upgrade, because there’s no point cutting off your nose to spite your face.

For business users, bonded and leased lines could be an option, depending on your needs. Broadband bonding allows you to fuse lines together, giving you greater speeds – typically 90% of the total speed of the lines combined. It can also offer greater security, as should one line drop out, the routers will automatically reroute to guarantee your speeds don’t drop too much. This is a medium-cost option for those who require greater speeds than the standard lines will allow them.

A more expensive, but even more reliable option is the leased line. Just the installation can often cost a 4-figure sum, however for that you get to choose the speed you require, and will be billed accordingly. The speed you ask for will be the speed you receive, and if that speed is not met, then you have the security of knowing that someone is guaranteed to come out within 4 hours to fix the issue if you lose service, and that you can receive compensation if this time is not met.

However, as with everything else, we feel that the best option is always to have a discussion about your requirements with your provider, so they can advise you of the best solution. It’s not in the best interests of any business to offer a service they can’t actually provide, so feel confident that you will be given the best possible advice. And if that advice is something you’d like from us, you can, as always get in touch with us via our contact page. And we hope you do!