British airways need to be in the cloud

The British Airways crisis may have blown over now, but it points out some fundamental issues with their practices – here’s why the high-flyers need to use the cloud! 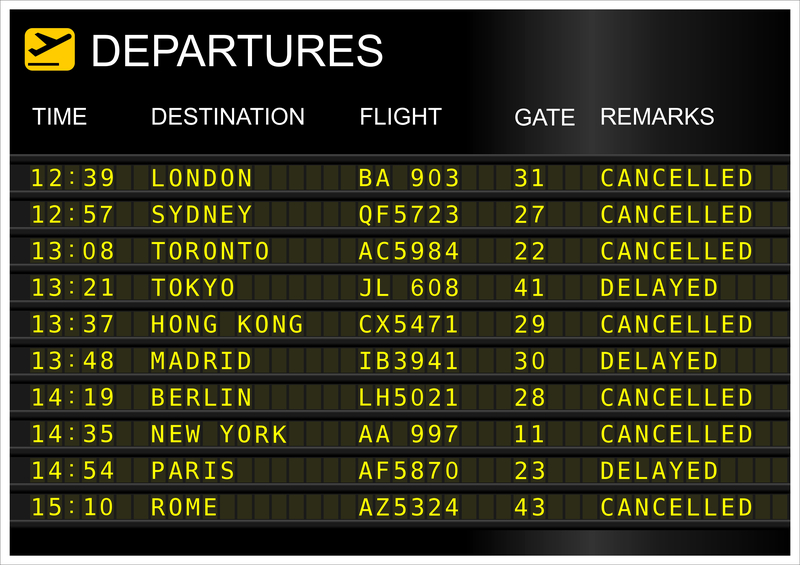 Hi everyone, it’s Zarte again! Yes, you did well to get me on a flight to the middle of nowhere, but unfortunately it was a British Airways flight, so it didn’t leave the runway.

And it’s British Airways that inspires our latest blog article. If you’re not familiar with the news story that I’m taking the mick out of, then have a read: British Airways says IT chaos was caused by human error.

The “too long, didn’t read” summary of the situation is that British Airways left thousands of passengers stranded when their flights were all grounded for a lengthy period of time due to a technological failure that knocked out all of their computers around the world. The official line is that this was caused by a power supply failure, although there have since been reports for a number of sources that human error, specifically a contractor knocking turning off the system by mistake, could be responsible.

Some people saw this coming, indeed, the GMB union are claiming that the decision made in 2015 to outsource a vast quantity of the company’s IT services to India has led directly to the situation that they suddenly find themselves in.

Whatever the real reason though, what we find astonishing, as an IT company, is that a company as colossal as British Airways would put themselves in a position whereby a power failure, or indeed human error, could leave themselves in a position to have to ground hundreds of flights, and be facing compensation claims from the cancellations’ passengers. Indeed, the most ironic thing is that a company who spends its time air bound, don’t appear to have heard of the cloud!

It makes no sense for most small companies, let alone larger ones, to have all of their data committed to servers that can be taken out in a manner such as this. If they are going to insist on having physical servers, then there should be a number of precautions, with redundant power supplies and multiple independent backups, to ensure that this can’t happen. This of course doesn’t help in a situation where human error can play a factor, which is another reason why we fully endorse cloud-based solutions.

If your company’s data is on the cloud – i.e. stored on the Internet rather than on a physical server – it removes almost all of these issues. For a start, the worst that human error can likely cause is to delete things that exist on it. And most cloud providers have backup or reversion facilities, meaning that if you select one wisely, that issue should be avoided. And simply by being on the Internet, a physical system can’t be damaged. You may have an issue accessing it from a computer if that computer has its own issues, but that doesn’t mean that it won’t be accessible from elsewhere.

The Business Data Toolkit software that we designed in house might not be suitable for some files that a business would want to store, but in terms of managing crucial data, it could be essential for your business. With it being cloud based, you can access it from anywhere or on any device with an Internet connection, meaning that if your office computer is mucking about, a laptop or tablet will be able to allow you to access the data you require. Conversely if your Internet goes down, asking the office next door if you can hop on their WiFi will also help you. This means that your customer details, or ability to track orders or engineers amongst other things, is much more easy to handle.

If the recent events at BA have shone a light on how you could improve your business practices, why not give us a call to see how the Business Data Toolkit could avoid leaving you grounded. This includes you, British Airways!